We woke up and packed up camp on the Apostle Islands and ate breakfast at the Farmhouse, which made the best waffles ever. We played basketball for a little then got in the two hour long wait line to get off the island. Then we drove the six hours to Green Bay and then ate at the TitleTown Brewery which was pretty good. Then we watched Pirates Of The Carribean and went to bed. We woke up and ate at the White Dog Black Cat Cafe for lunch. 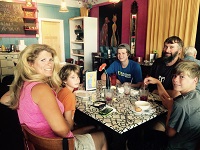 Then, we headed down to Door County and checked out some sea caves and grabbed some ice cream. Then it started raining really hard so we drove back to Green Bay and ate at a horrible restaurant by the name of Kroll’s. It was AWFUL, but it was near Lambeau Field. 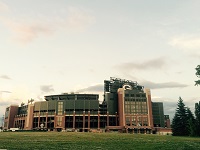 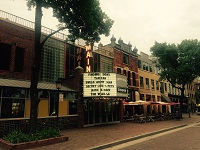 The next day we woke up and headed to go check out a Waterfall. 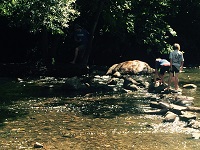 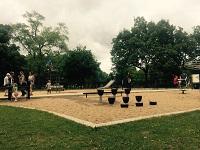 We also went to the Wild Rumpus book store, which was really cool. 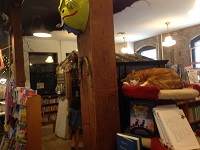 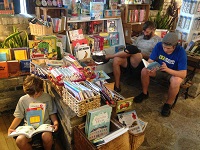 After that we ate at the Surly Brewery and came back the hotel and played some Basketball. 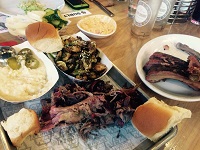