After leaving Glacier NP, we headed north of the border to Banff National Park in Canada to look for animals and attempt to get hypothermia. While driving to the park we saw Big Horn Sheep and a Grizzly bear. 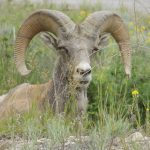 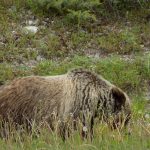 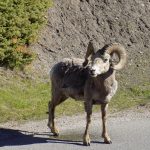 Once we set up camp and went into town for groceries & dinner at Boston Pizza (horrible), we went back to camp to get rained on and turn into Popsicles. The next day we rode around the park looking for animals, hiked to the Hoodoos, the Bow River Falls, and Tunnel Mountain. In total, we hiked about 4 miles that first day. 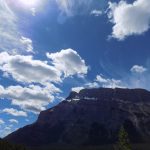 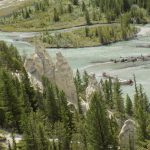 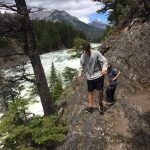 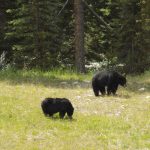 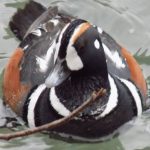 After that we went back to camp to make silver turtles and relax by the campfire, before it started raining again and we got in our tent, Ben in his hammock, for another cold night. 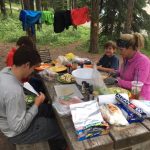 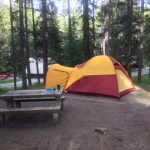 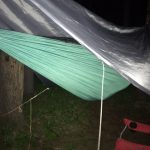 Day 2 found us in search of some good hikes around Lake Louise. We found Moraine Lake, which made for a short hike, but some great sightseeing. The weather was rainy, but we made the best of it. We tried to hike to where the rain turned to snow, but there was a waterfall at the end of the civilized trail. 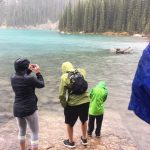 The next day we got out of camp early to go on a big hike, and we went by two tea houses, climbed a few snow drifts, and got caught in a snowstorm. I’ll let the pictures show you how awesome it was.  Round trip was almost 12 miles. It was so cold and it snowed on us most of the day. We wanted to hike to the Beehives (both of them), but the Wilverine was revolting, so we had to keep promising him & tea and biscuits. 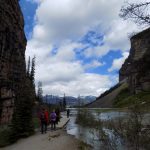 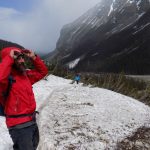 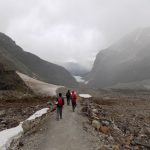 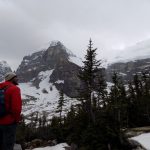 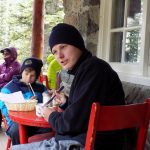 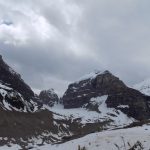 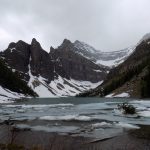 After that hike we went back to camp and made tacos, then sat by the warm fire until the sun disappeared and the stars came out, around 11 p.m.