Woohoo! 50th state! Looks just like all the other ones! Just kidding Oregon is cool. Our awesome gamer cousins live in Oregon and they have better food than Canada so that’s a plus.

We ate at a place called Rogue brewery when we crossed the border. They burned my food and their root beer tasted weird and they took forever to bring us food but the people were nice so 2 stars.

Then we met the awesome cousins and ate at the Hopworks brewing restaurant and ate some really good food then went back to our cousins house and played on their Wii for a few hours.

The next day we went to Krispy Kreme (finally), and drove down the coast to look at the beach and hiked down to Crescent Beach to look at some crabs. 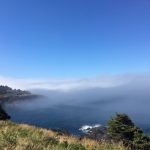 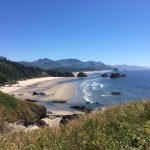 Then we camped in a 30 square foot campsite and tried not to be too much in each others space. The next and final day in Oregon we went down the coast some more and went tidepooling to see Sea anemones and a starfish along with a lot of barnacles and mussels. 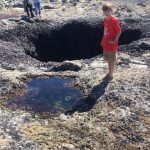 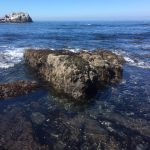 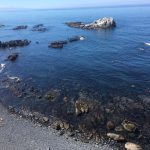 We ate at Moe’s chowder and it was pretty good then we went to our hotel and went to sleep.